Marco Barina was born in Rome in 1956. After graduating with a degree in Philosophy from the University of Rome, in 1982 he was awarded a scholarship from the British Council and obtained a Master's degree in Theoretical Economics from the London School of Economics.

On his return to Rome in 1984, he was hired by the Banca Nazionale del Lavoro, before moving to L'Espresso publishing group in 1987. He began painting.

Between 1987 and 2005, he held a variety of positions at the Espresso Group, including Publisher of the weekly magazine Il Venerdì di Repubblica, Marketing Director of the daily newspaper La Repubblica, and President of the Italian editions of National Geographic and Scientific American.

From 2000 to 2005, he was Managing Director of the Group's periodicals division. Throughout this time he continued to paint, predominantly on paper, and began exploring a variety of techniques and materials including watercolour, tempera, pencil, pastel and collage.

In 2005, he resigned from the Espresso Group in order to concentrate on art.

In 2006, he exhibited a number of canvases at a solo show held at Castello di Belgioioso in Pavia. The following year, he exhibited in the Omaggio a Dorazio group show at Palazzo Vescovile in Todi.

In 2011, he participated in the 54th Venice Biennale and presented a solo show of his sculpture at Galleria del Naviglio/Cardazzocontemporaneo in Milan. Between 2012 and 2014, he was included in three further group shows at Galleria del Naviglio/ Cardazzocontemporaneo. In 2016, he presented a number of new sculptures at the solo exhibition "Imaginary Ethnography" at Museo San Michele in Trento.

He continues to live and work in Rome. 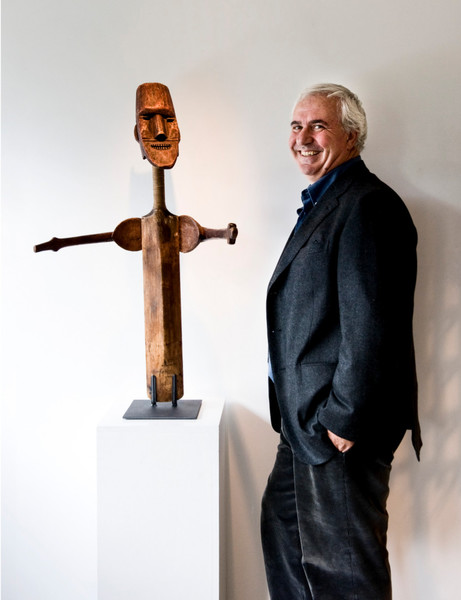