While I was creating the various "peoples" who would go on to dwell in the museum rooms of "Other Possible Worlds" – a veritable imaginary Museum of Mankind – I often found myself in contact with miniature sculptures. Walking around real live museums, I would come across statues just a few centimetres tall: tiny works whose power and quality were every bit as impressive as their bigger brethren.

At a certain point, the idea came to me of making a small "Portable Museum" to accompany the main work: a few dozen objects that can be considered either as jewels or small sculptures.

We're still in the realm of "Other Possible Worlds": portrayals of human figures among different peoples and civilizations. I used the same technique: assembly of found objects. The only difference is the destination of these works: although they too hail from the same imaginary yet familiar “Kingdoms”, these precious jewels are destined to wander without cease in the real world, to wherever their owners may take them. 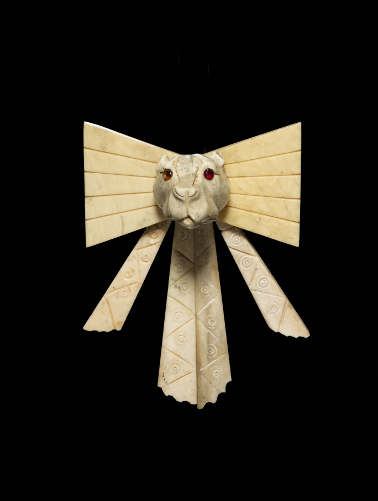